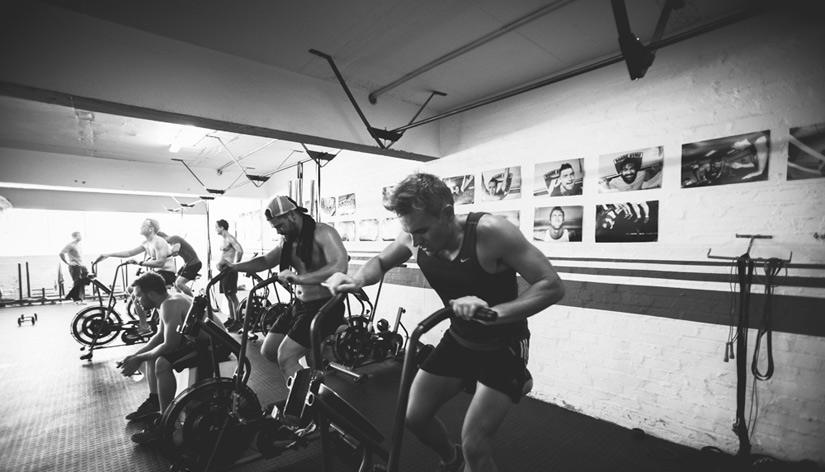 We had a young guy join us four months ago in Cape Town who wasn’t able to perform more than two strict push ups.

He didn’t have much of an athletic background, but he came to Roark asking if we could help him get fitter and stronger. He didn’t talk about getting ripped or packing on muscle – he just wanted to improve. Anyone who trains with us will know the guy I’m writing about. For the first couple of sessions one of the coaches had to spend pretty much the whole session helping him, but it was such a pleasure because we could see how hard he was trying and how much it meant to him.

I’ve seen a lot of guys start training with the best intentions – one’s which neither they nor I doubted – only for them to fade away when it got too difficult or the results didn’t come as fast as they wanted.

So I have watched in awe as this young man kept coming back. He finishes every rep, he doesn’t look around the gym to see where everyone else or how they’re doing, he just focuses on his in own work and does everything his body can manage in the hour afforded to him.

It becomes difficult to measure progress in an environment like Roark because everyone is always improving around you and with you. Unless you’re able to recall what you were like when you started, and how far in the past that stranger now seems, it’s difficult to understand just how far you’ve come. But we know.

From not being able to do push ups, this guy is now doing burpee pull ups. From squatting with a five kilogram bar he now front squats forty kilograms multiple times. Even as I write this the emotion inside me wells up as I know how hard he’s worked and how much he’s improved.

The great thing about his progress is the impact it’s had on other guys at the gym. Everyone has noticed his improvement and his tireless effort week in and week out. Some of our best athletes have remarked to me how impressive it’s been to watch him work, without ego or self-awareness, but rather with the most honest sense of integrity.

Do you think you have to be the best to inspire people? Who cares about times / calories / meters? What about the impact you have in the gym where the one extra rep you do inspires belief in the peson next to you who thought he couldn’t manage any more?

If someone like this young man can inspire our coaches and the guys around him, so can you. More than that, you should feel obligated to do so – because it’s within your power. The question you have to ask yourself is, “is this a three month commitment, or a lifetime commitment?” If you’re in it for the long haul – to make progress each day, week and month – then the one extra rep does count. The extra stride you took does make a difference.

Don’t ever think your extra efforts are wasted. You inspire me, you inspire the people working next to you, and you prove to us and yourself that a one percent improvement today and tomorrow amount to a whole of real achievement.