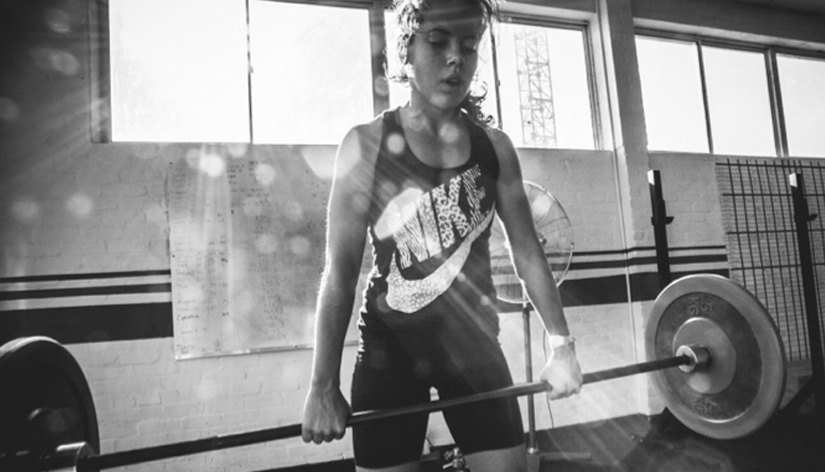 I recently read a tweet by Gym Jones disciple Matt Owen which stated, “if you don’t think about quitting at least a few times during a 2000 meter row, you aren’t going hard enough.” While the 2000 meter row provides an excellent examination into the psychological strength of an athlete, the theory behind this statement isn’t limited to it.

Its been interesting for us to watch athletes in both of our gyms be completely overwhelmed by a workout that involves a large volume of work (something involving 5 rounds of 400 meter runs or 50 calories on at the airdyne is a good example of this), while in workouts where we expect an all out effort for a shorter period of time (i.e. a sprint workout lasting under 5 minutes) a large majority of them won’t push themselves hard enough to once again undergo the same psychological examination they naturally experience to when trying to complete the longer workouts. The question is, why not?

The answer is because we, as human beings, are designed to try and work out the easiest way to do something. Its the reason we sit instead of standing and the reason so few people actually understand the value of hard physical work.

What happens at Roark is that there are no short cuts provided to you. The movements are big movements with standards attached to them. The workouts are stressful and designed to tax the parts of your body which would you usually assist you in the movements. So what do people start doing when placed under physical stress with no alternatives available? They create them. They short rep. They don’t go as low on a squat. The relax a little on the rower. They quit.

We’re not for one moment saying you shouldn’t think about quitting. I personally think about it all the time during workouts – “just stop, just don’t do the last rep” – but what that shows me is that I’m taking my body to a place it is so uncomfortable, its asking my mind to issue the command to give up.

Each time I don’t quit, what happens is that some weakness in me dies. I kill it. In burying myself completely in a physical challenge, I bury the weakness in me, and with each new challenge I kill more weakness by refusing to give in to the voice that tells me to quit. In doing so, I reinforce this virtue in myself, knowing that I won’t quit when things get tough – and this isn’t limited to gym, it’s transferrable to every aspect you value in your life. But always remember, that the inverse also applies. Now you need to ask yourself what virtues you would like to reinforce in your life.