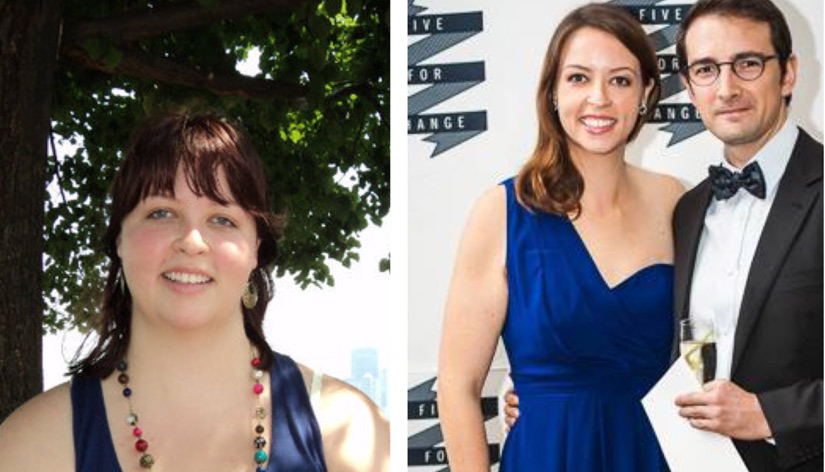 For as long as I can remember I have carried extra weight (and not in the “farmers walk” kind of way that I do these days).  I went from being a cute chubby kid, to an obsessively self-conscious teenager to, well, a fat adult.

A predominantly sedentary lifestyle and an average-to-poor diet had led to bad biochemistry and a downward spiral of insidious weight gain.  Before I knew it, I was in my early 20s, dangerously overweight and suffering from the associated health problems – I had high blood pressure and was insulin resistant which would, in all probability, due to a genetic predisposition, have led to type two diabetes (there’s no lifeguard at the gene pool!).

I’ve started and stopped and written and rewritten the story of how I lost this weight many times. I’ve been wary of putting it in writing for fear of it being reduced to a transient “Transformation Tuesday” or a “Fitspo Friday” (or any of the other things we’re instagramming these days) and lacking any real impact.

I feel so fundamentally changed by my own experience that my greatest fear is that I won’t be able to reach other people. But this story is all about facing fears, so here goes.

I started the journey by venturing into the great unknown, the gym. The first time I walked into a conventional gym in Johannesburg, I felt like I was having an out-of-body experience.  I was a fish out of water.  I hated it.  I felt like everyone was staring at me. Judging me.  I didn’t know what to do.  So obviously I just jogged on the treadmill (like all the other women) and steered far clear of the weights section (again, like all the other women).

I coupled my journey into exercise with a complete overhaul of the way that I ate.  I have been eating a predominantly paleo diet for over two years now because, after all, you can’t out run/swim/burpee/box-jump/deadlift a bad diet.

I could write a book on the lessons I’ve learned and I have found a true passion for food, nutrition, making food, educating people about food and eating food (although, to be fair, that was probably always a passion).  I can see myself continuing to eat this way forever, which is the most important part of changing how you eat. Sustainability.  Finding something that works.  Real, healthy, whole food can be delicious and is all your body really needs (although I probably wouldn’t have believed that a few years ago).

After getting my eating in order, I needed to find an equally sustainable approach to exercise.  A friend and I committed to learning how to use kettlebells properly (my favourite multifunctional piece of equipment).  I started doing strength training and more explosive cardio.  I joined the Roark women’s gym.  I wish I had done it much sooner.  In it, I found a non-judgmental environment underpinned by a philosophy I completely bought into (one of the most important things to me) where I could do the kind of training I had learned to enjoy (and where women used kettlebells!)

It was only once I was eating properly and had moved toward this combination of strength training and HIIT that my weight loss accelerated and I became stronger.  Exercise no longer became something I hated or that was a chore. I even looked forward to it. That’s not to say that it’s always easy. I speak from experience when I say that the last thing an overweight person wants to do is a burpee.  It’s hard.  You’re heavy.  Literally. Imagine doing a burpee with a 40kg weight strapped to your body that you can’t take off.

But as hard as that is, the physical weight is actually much easier to shed than the internal weight of your own thoughts. The baggage of the thoughts you’re carrying with you about how hard it is, how you can’t possibly do it, how this is “what other people do”, how you’re “just not an athletic person” is far more burdensome.

In my experience, my body became capable of doing things long before my thoughts had caught up.

I realised this with the simplest of exercises, the box jump.  In my first year at Roark, I stepped up, skipped up, hopped up, but never jumped up with both feet.

In my head, I was just too heavy to haul myself up on to the box with both feet. Perhaps in the beginning that might literally have been true. But eventually I got tired of the internal monologue.  And I just jumped.  In my mind, I jumped so high that I could have jumped on to the top of a box on top of the box on top of the box. What a liberating experience to let go of the internal chatter that had quite literally been weighing me down.

In retrospect, I should have realised that as much, if not more, effort needed to go in to shedding the weight of my own thoughts.  It would probably have been even better to begin there.  It would have made the process of starting so much easier.

The gym is one thing, food another; but the mind really is primary.

I don’t really remember “the day” that I decided to make a change. That day is not nearly as important as the one after that. And the one after that. It’s not about how or when you decide to start, it’s about consciously making the same decision and recommitting yourself every day – when every day is hard.

You have to let go of the negative things you think about yourself and the limitations you place on your own abilities, stop thinking that people are watching you, and, if they are, stop caring, stop being your own worst critic. Let it all go.