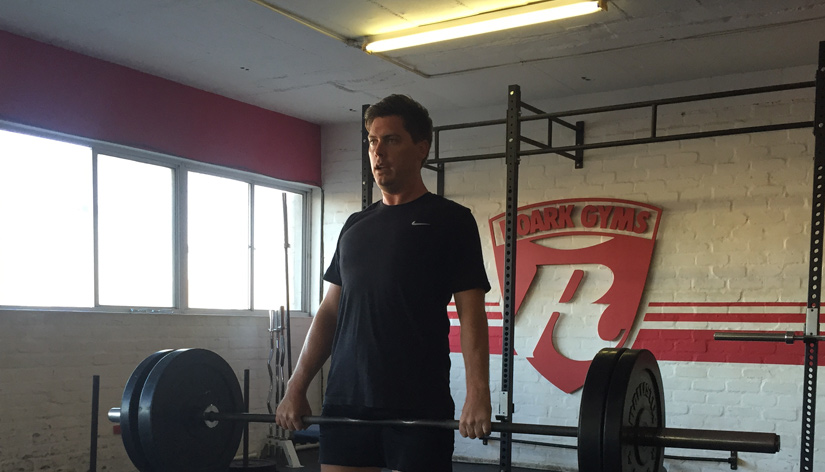 I have never been a gym guy.
It’s not like I hate exercise, I grew up playing sport. As long as someone else was organizing it, I was there. And that’s kind of what school does. Then I left school and there was no-one to arrange my sport for me so I spent all my free time at the pizzeria. And also at the alehouse. Ten years later, I was fat. No way to sugar-coat it, pardon the delicious pun, I was fat. And its not like I didn’t like running either, I was very good at running away from this problem, just not as good on the tarmac.
Then two things happened.
One, a friend invited me to Roark. For a non-gym guy, this was critical. I remember my first session at Roark and the Coach told us to do 10 thrusters, and I was confused because I actually left my rocket-launcher at home that day – there were to be no thrusters for Tom. Having a mate patiently workout alongside me meant I wasn’t intimated by the hulking masses of men around me screaming their way through the routines. That and having coaches that genuinely care about my development meant I never felt intimated or in the deep end. No judgement, no ego, just support and encouragement.
Two. Roark became the easiest and most difficult thing I have ever done with my body. Easiest because the workout starts at a set time, and the routine is planned. All I have to do is wake up and walk through that door. I told myself, just show up, thats it. Because there’s no way I’m not going to work hard once I’m through that door. The momentum is on my side. Difficult because I have never done such a high volume of work in my life. There is no secret to Roark. No shortcut. Just a lot of smartly planned intense work. That’s it. And its work in, results out. I have never been fitter, been so healthy throughout my whole body, and genuinely happy with my body and what it can do. Losing 22kgs in 5 months doesn’t hurt either.
I’m still not a gym guy, but I am a Roark guy.