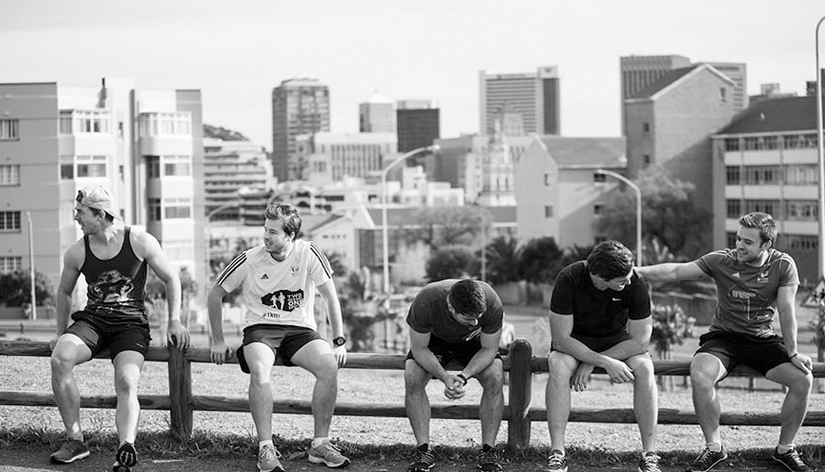 How about making some resolutions which lead to you believing in your ability to actually follow through on what you promise yourself?

This is one of the hardest parts of life, let alone a new years resolution. Take responsibility for your failings in the past. You didn’t fail to stick to a diet because of any external factor – you failed because it got hard or because it was easier to quit. Be honest. When you’re entirely honest with yourself, your weaknesses, and your failings, you can truly begin to plan a realistic way forward.

No one fails to stick to a diet plan by having a spectacular all out fall out bender and waking up in sugar-induced coma. What happens are a series of weak moments, of small slip ups – things that can be justified in that moment. This goes back to the point above with regard to taking responsibility. The mentality of ‘just having a few chuckles after dinner’, ‘just skipping today’s workout’, ‘just having another glass of wine’ is weak and it culminates in failure.

You didn’t put on unwanted weight because you missed one day at the gym, or had one bad week of eating. You made the conscious decision to repeatedly put unhealthy things in your mouth, while not training as hard as you should have. Be honest. This is the truth, and the more you can take responsibility for that, the more likely you are to succeed where you’ve previously failed.

Set small goals. Too many people set themselves up for failure by trying to change too many things at once. While it’s noble to attempt to exercise every day of the week and eat clean for the entire year – these are just words, and unlikely to be achieved even by the most disciplined of people.

There’s nothing wrong with starting small. A goal is a goal. Don’t let anyone belittle what you want to achieve. It’s not arbitrary if it’s important to you. How much attention do you pay to anyone elses goals? Exactly. Focus on yourself, and be realistic. If you don’t exercise at all, then start by trying to do so twice a week. Psychologically that’s not difficult to process. If you battle to quit eating sugar, start small. Stop having sugar in your coffee or tea.

If these suggestions is met with responses such as “but that’s hard”, or “but I like the taste”, then you really need to evaluate how much any of these goals mean to you. Ultimately, if you don’t want to achieve them enough to start with small goals, then you have no right to ever say state that they actually matter to you. You give up the right to complain about being overweight, feeling unhealthy or your levels of fitness. If ultimately fitness and health don’t, then THATS OK! You are the only one who can ever judge yourself – just be realistic and honest about these things.

What you will find though, is as these ‘smaller’ goals start to be achieved they will begin to generate some self belief. Some confidence. You’ll start to trust yourself more. Build this foundation of trust and belief with yourself first – the lofty goals of extreme diets and running marathons can wait for now.

No whole exists without the sum of its parts. Focus on those small parts that form the collection of the things you want to change. Everyone is capable of doing more than they currently do – but stop making excuses this year for why you’re not doing the things that you say matter to you.

Finally, please don’t wait until tomorrow to start taking control of your life. With each day that passes without you doing so, you relinquish that control to weakness, to excuses and to failure. This minute, right now, is the one in which you can decide to take responsibility and start to believe.