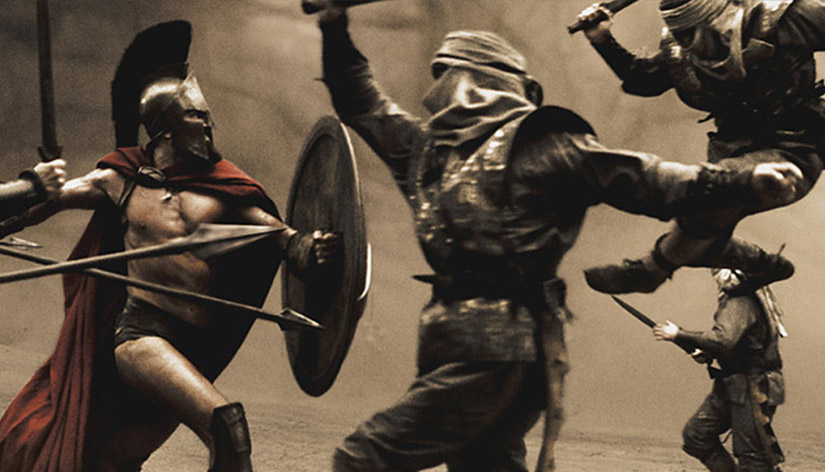 Crossfit was founded by a man named Greg Glassman. It took many years for it’s influence to reach main stream exercise, but with Reebok coming on board and sponsoring the Crossfit games, it has exploded and expanded like nothing else in exercise before it. Crossfit has become an exercise cult, a brand and a global success. Over the past ten years, Mark Twight and few of his disciples have been building Gym Jones. The gym was started in order for Twight, and those who trained with him, to break away from the globol gym mentality, and to push boundaries, both physically and psychologically, that ‘normal’ training environments didn’t allow for.

Twight says they started Gym Jones without any pressure to keep the lights on. All those who trained there had jobs that supported their families, with the gym being an expense, something that generated no profit. This might sound strange, but when you consider the fact that it allowed them to pick and choose who trained at their facility, without having to worry what people thought, or about taking people just to keep a business afloat, things start to fall into place.

Gym Jones was always closed to the public. You have to apply to train there, and justify why they should spend their time training you. They don’t release their workouts to the public, and they state unashamedly that “the common thread binding our clients is Will: to suffer, to throw former selves on the fire, to overcome and to change.”

The story goes that a few years ago Glassman invited Twight to a Crossfit Certification, and so impressed was Twight by what Crossfit had to offer, he stole their ideas and started preaching them at Gym Jones.

This wasn’t really a problem until Gym Jones gained mainstream recognition as the gym that trained the actors for the movie “300”, where Gerard Butler and co redefined what it mean to have a masculine looking body.

Glassman threatened to sue Twight, and has been outspoken in his criticism of Gym Jones and the training they offer. You only need visit a few public forums where the topic is discussed to know what Crossfitters think of Twight and Gym Jones respectively.

Crossfit then paid for a Crossfit gym owner, Russel Berger, to go and train at Gym Jones, and To write about his experience there in The Crossfit Journal. You can read this article here: http://library.crossfit.com/free/pdf/CFJ_Berger_InsideGymJones.pdf

Crossfit and Glassman came in for a lot of criticism for effectively spying on Twight and what he offers at Gym Jones, while others felt it absolutely fine for them to be exposed for “all they had stolen from Crossfit.”

Who cares? Why the incessant insecurity? All any Crossfit devotee needs to do is look at the Gym Jones programming to see it is nothing close to Crossfit. It’s not random, there are no AMRAPS, it’s sport specific. Grow up.

A few weeks ago I was fortunate enough to meet Michael Blevins, one of the trainers at Gym Jones. He was in Cape Town training the lead actor, Sullivan Stapleton, for the prequel to “300” entitled “The Battle of Artemisia.” They used Roark Gyms to train him, which was also a great privilege.

Michael offered some insight into the world of Gym Jones, and it made me realise how much of our time is spent, in business and in life, focusing on what other people are doing. Gym Jones aren’t concerned with this. Their only concern is that they are offering the best training to the people THEY want to train. It’s not for everyone, and it’s not open to everyone, and that idea really appeals to me.

I’ve said before that if you don’t respect your trainer, or the head of your gym, then you shouldn’t be training there. Michael told me that the Gym Jones philosophy is based on trainers being able to “have the conversation” with their athletes. By this he means they’ll never give you a workout they can’t do themselves, and on most occasions they would have done it heavier, faster and better. The same principles apply at Roark.

Twight has stood on five peaks in the world no other human being has stood on. Recently, while training the cast and crew in France for the upcoming Superman Movie, instead of relaxing in Paris during his weekend off, he hopped on a train and spend three days riding in exceedingly difficult conditions in the Pyrenees. This, I respect.